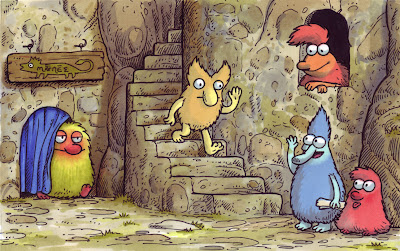 When in Crutonia, it would not be a rare event to meet with one of our shemoybl citizens. While their clan is thought to originate from the Southern city of Tchoffldayl, they are also quite populous here in the capital. They are a friendly sort, and are a sociable bunch. While shemoybl are similar to bordaden in their interest in commerce, they tend to have much more libertarian attitudes towards organized government. They seem to enjoy family life and are not obsessed with social status as we bordaden. Shemoybl commonly run family businesses together. The shemoybl are open-minded about other cultures and commonly inter-marry.

To recognize a shemoybl, it is good to know that they include many variants but have general themes in appearance, including a furry body trunk and non-furry limbs. Physical variations include colors, limb length, and nose length. Other variants include a black eye variant and a no nose variant. While I will admit that I am not fully comfortable with their liberal ways, I count many a shemoybl as my dearest colleagues and friends. 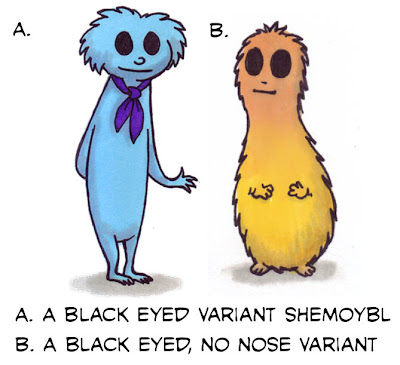