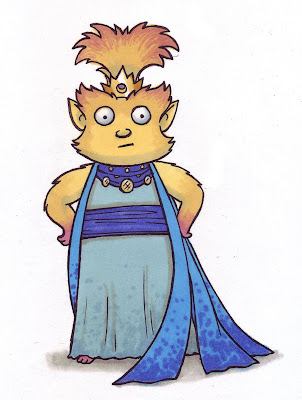 And here is my lovely daughter, the Princess Pooleene... She governs the principality of Arkadia with her shiftless husband the Erbian Prince Hades Skratch, she keeps a tight leash on him though! She only married him to keep Crutonia from falling under Erbian rule when things looked bad in the Pitto-Erbian War. Ha ha! Such a clever girl... she didn't let him know she had given up her right to the throne until afterwards! Meanwhile her half-brother, Cactus is the direct heir... but more on him later... Bye for now my subjects!
Posted by Hoonkl Snorsmed at 1:32 PM