Aphne - A city of traitorous frogs

Hello my loyal followers! It is too bad that not ALL are loyal to their King, but alas! Since I have hinted about the city of Aphne before, I would feel remiss if I didn't educate my faithful citizens. 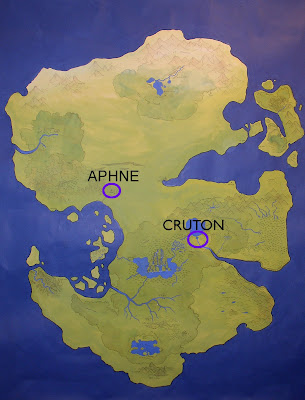 During the most horrid CrutonianPit-Erbian war, the enemy to all Crutonians and an invader from another land, Hera Scratch, built a new city to function as her headquarters. It was planned that this city, Aphne, would serve as the new capital of Crutonia after Hera had control of the country. Aphne was constructed by renegade sxervian frogs, who believed that Hera would be victorious and they wanted to be part of her conquering army. Yes, most sxervian frogs are very loyal subjects, but a small handful pledged their loyalty in a foolish, misguided way. 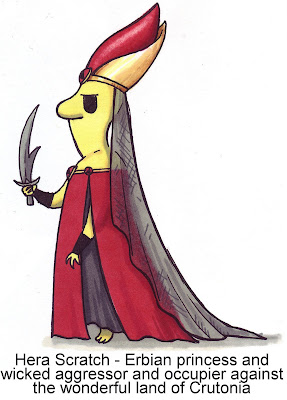 Since good and honor won, the wicked Hera was defeated and chased back to her wretched home land. Abandoned, the angry Aphne frogs burned many of the structures in the city, including the main castle and a statue of Hera. While the Aphne frogs planned to return home to the Cruton area, they discovered they were charged with being traitors to the Crutonian crown and forbidden from their original home. What choice was there? I could never trust them back in the capital after their treachery! With nowhere else to go, the frogs returned to Aphne. While the Aphne frogs are resentful of their banishment, they still desire reunion with their home in Cruton and have become loyal again to the Crutonian Crown. I would be a foolish king to forgive so easily here. 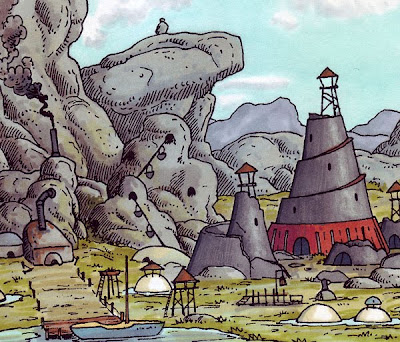