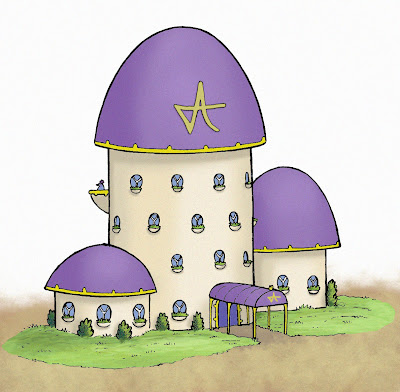 The Hotel Who is the most upscale hotel in downtown Cruton (District 1, Cruton Hill) and is a top choice of visitors. Several well to do Crutoners also live at the hotel on a long term basis, such as the barrister Pofktrum Wistler. Ibleswich founded the hotel, and the running of the hotel is quite the family affair, with several family members working and living in the hotel 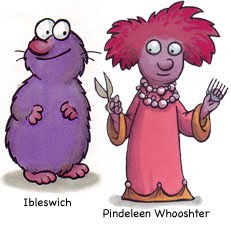 . Pindeleen Whooshter, the wife of Ibleswich, styles hair in the hotel as well as in a spa in Whoohookis. Ibleswich's Aunt, Archs, helps run the front desk with her son Anski, and Anski's wife Gelli and her sister Isp run a cafe in the hotel. In addition, Tungu is a concierge, and Ibleswich’s brother, Prink, runs a fine restaurant next to the hotel called Prink’s Chop House. 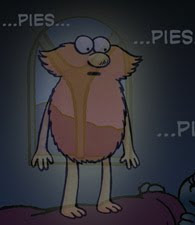 The inn is quite comfortable and is the first choice of many dignitaries both domestic and foreign. There was some sort of unfortunate incident that occured there at some point, however. As I recall, Archs husband, the esteemed Kooker, was killed in the hotel in a mysterious accident. It is still not clear what happened, but it is said that he still haunts the hotel, most notably in his favorite room of 5C. Supposedly he requests pies, although it is not clear why. An impressive portrait hangs of Kooker in the lobby of the hotel.
Posted by Hoonkl Snorsmed at 5:54 PM